According to Stephen Pendergrass, Vice President of Poe & Cronk, “Occupancy rates in Roanoke are remaining healthy. Robust demand is keeping inventory lean in quality office sectors. While almost all office users are adapting to more efficiently use less office space, the demand for new space is holding occupancy steady. The Roanoke Valley’s economy has continued to grow throughout 2019. Key economic indicators are pointing to this trend continuing through 2020″.

Evidence of stability in Roanoke’s economy can be found in the Central Business District’s success in attracting new tenants. The CBD saw growth of over 51,000 sf of newly occupied office space resulting in 90% occupancy, a 2% increase over 2019.

The Southern Business District showed a small decrease in occupancy of 1% since 2018. However, owner occupied buildings in the SBD increased 7.6% and absorbed much of the new vacancy in this district. The Suburban North Business District was almost even, down 1% year over year. 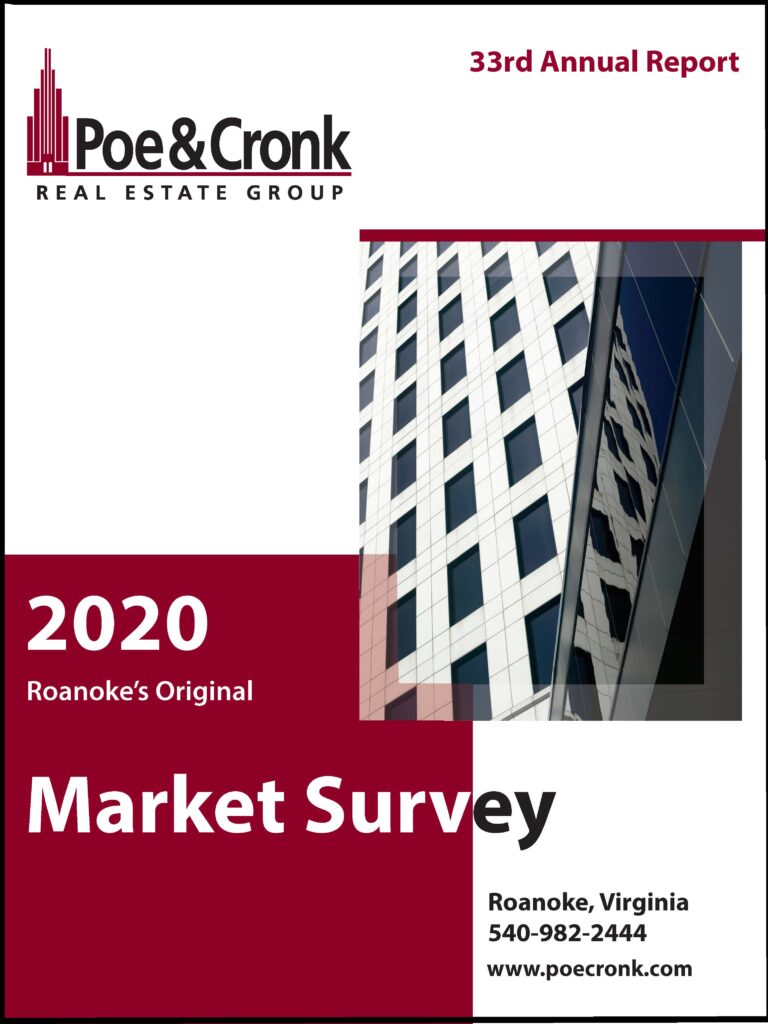 Represented the Client for this transaction