According to Matt Huff, Executive Vice President/COO of Poe & Cronk, “Occupancy rates in the Roanoke Valley have improved substantially across the board this year. This is the strongest increase we’ve seen in several years and is due largely to the continually improving local economy, extremely low unemployment, increasing demand for space, and the successful leasing of several new and existing projects throughout the valley, especially in the Southern Suburban District.”

Downtown occupancy remained steady at 88% after the Central Business District was the first submarket to show signs of recovery over the last two years. In 2016, the CBD occupancy rate was troubling at 83%.  But since then, the revitalization of Roanoke’s downtown, the successful repositioning of several empty office assets, and strong demand from employers looking to move back downtown has stabilized the CBD office market.  There are several new downtown office projects being discussed as possibilities in the near future, as developers are keeping a close eye on current absorption and rental rates.  The Wells Fargo Tower which provides Roanoke’s top Class A office space is now 100% occupied.

The Northern Business District was also included in the rising tide and the office occupancy rate for 2019 increased from 85% to 88%.

According to Huff, “We are constantly working with office users looking for new and expanding space. However, office leasing fundamentals are always evolving and we continue to see employers seek to reduce overhead by increasing the number of people occupying less space.  This means the same number of people now require about 10% less office space than they did just a few years ago.  Even with increasing workforces tenants are looking for relatively smaller, more efficient spaces”. 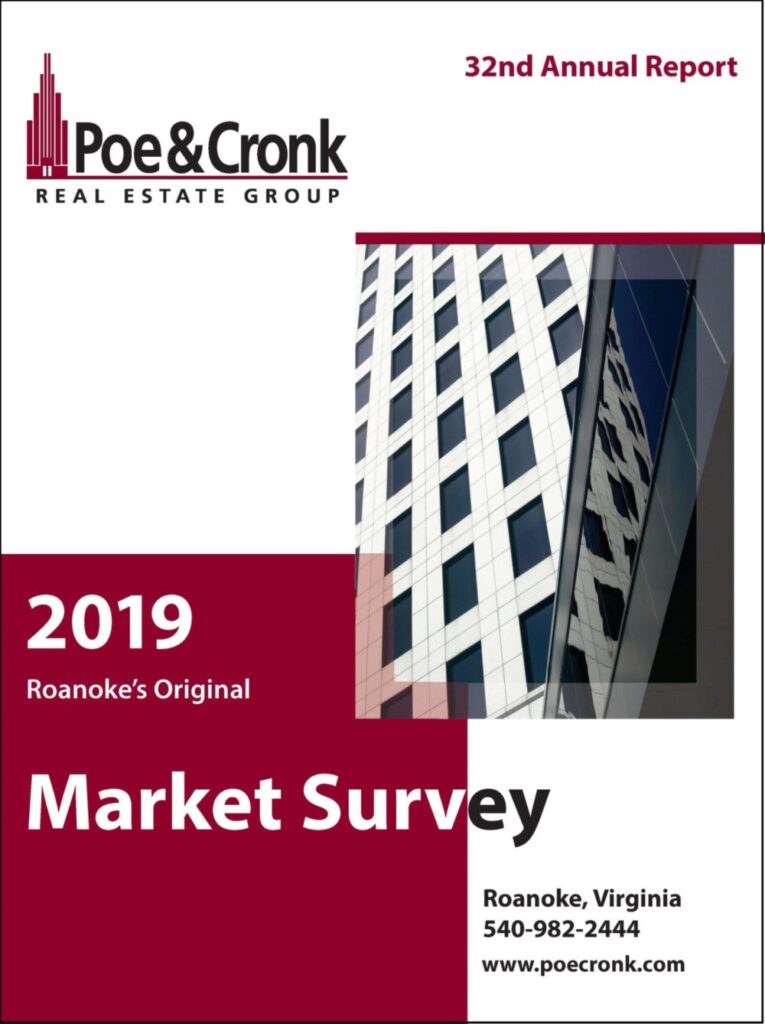